Skip to main content
Just thought I would share this bit of info. I purchased my feeder a few months ago. I received the feeder and upon opening the box I realized that it truly was a quality product!! I appreciate all things of good quality and not cheap imports, kudos on being an American made product. I installed the feeder and added whole sunflower kernels to attract the birds, I initially noticed that the birds didn’t come until about a week later and now they are all over the place. I have also had the privilege of watching a few squirrels attempt to steal some food but their attempts were thwarted. I also noted that I didn’t have the mass of seeds all over the ground like my last, it seems, dozen or so feeders (all destroyed by squirrels). I told my father-in-law about the feeder, showed him your website and he ordered one as well. Thanks for producing a great product and I might just have to get a second one in the future. Trey – Morehead City, North Carolina 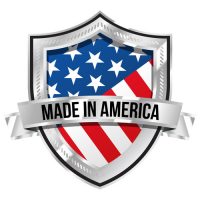